“Buddhism is one of the world’s oldest religions, originating around 500 BC in India. It offers a spiritual journey that focuses onpersonal spiritual development and the attainment of a deep insight into the true nature of life,” Steven Barr writes in his article based on Buddhism in western society, Hollywood. The allure of “insight into the true nature of life,” may have many in the West turning to it for guidance, either in combination with their western religion or entirely in its place. It was not until the second half of the twentieth century that Buddhist ideas reached a wider section of the American society. American servicemen returning from East Asia after the Second World War and Korean War, brought with them an interest in Asian culture which included Nichiren Shoshu and Zen Buddhism. As the population of new practitioners grew in the West there is also an increase in westerners raised with the practice of this Eastern religious philosophy. Buddhism is one of the fastest growing religions in our country.
It is considered a “moral philosophy,” and this could be the draw that is has on western society. There is no form of redemption, heavenly hope, or final judgement; one lives within the circle of Karma where your deed reflects the world you live. In Buddhism, karma specifically refers to actions of body, speech, and mind that spring from mental intent and bring about a consequence or fruit, or result.
According to cultural theorist and staff writer from Unbound Magazine at the College of New Jersey Anna Argasinski, “Buddhism may be alluring to celebrities because it confronts egotism and challenges the notion of individuality. It is also firmly bound in the disciplines of the imagination, so celebrities interested in exploring their creativity may find Buddhism more appealing than the traditional Western forms of religion.”
These are celebrities who practice buddhism or incorporate it into their religious practices. 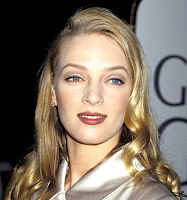 Her name comes from buddhist mythology. Raised buddhist, Thurman’s father is friends with the Dalai Lama and the Jey Tsong Khapa Professor of Indo-Tibetan Buddhist Studies at Columbia University and is the co-founder and president of Tibet House New York. Uma says, “When asked if I consider myself Buddhist, the answer is, Not really. But it’s more my religion than any other because I was brought up with it in an intellectual and spiritual environment. I don’t practice or preach it, however. But Buddhism has had a major effect on who I am and how I think about the world. What I have learned is that I like all religions, but only parts of them.”

Raised in the Jewish religion, Hawn’s mom was jewish and her dad was presbyterian she did celebrate christmas. Hawn became involved in Eastern philosophy in 1972. She is a practicing Buddhist and has raised her children in both Buddhist and Jewish traditions. Hawn travels to India annually, and has visited Israel, stating that she felt an identification with its people. 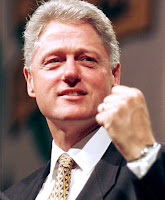 Encouraged by his health issues Bill Clinton has taken a vegan diet and hired a personal buddhist monk to teach him how to meditate. He has undergone two heart surgeries in a span of five years. This scare has brought the former president to understand the way he handles stress is not effective for his health and he hopes Buddhism may be the answer.

As a practicing Nichiren buddhist, Hancock has found a bridge between Buddhist practice and jazz. The 14 time grammy award winner says, “… jazz is really a wonderful example of the great characteristics of Buddhism and great characteristics of the human spirit. Because in jazz we share, we listen to each other, we respect each other, we are creating in the moment.” He recounts being in mid chant when the news of Whitney Houston’s death came to him. 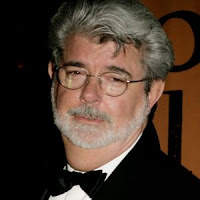 Referring to himself as a “Buddhist Methodist” Lucas adopted the Buddhist practices later in life. He was raised methodist and would be introduced to the eastern philosophies as he researched the many belief/religious systems he incorporated in his Star Wars films. The creation of the force is actually inspired by Eastern religious philosophies. 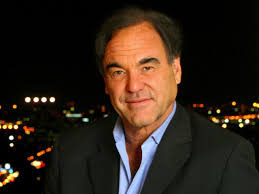 Born to a Jewish, stockbroker father and a french catholic mother and raised episcopalian, Stone converted to Buddhism in his adulthood. He considers himself a student of Tibetan Buddhism. His conversion began when he volunteered to fight in the Vietnam war and was moved by the practices of the people.

A devoted Tibetan buddhist, Jet Li has written many essays on Buddhism and religion. His website houses these essays and he even answers questions from fans about religion and many spiritual issues. The martial artist was on the verge of quitting acting to become a buddhist monk but was advised to continue with his acting career by his spiritual advisor.

Arguably, the greatest coach of all time, Phil Jackson is a practicing buddhist and uses the teachings in his coaching system. Jackson’s coaching system contains a mixture of American Indian philosophy and Zen Buddhism. His style and approach keeps disparate elements of a team working in harmony. He has taught his players the power of calming the chaotic mind to make better decisions.

Along with former beau, Kate Bosworth, Bloom is known to practice the teachings of Buddhism. In an interview with a German magazine Bloom says,”Yes. Buddhism really helps me. I’m learning to handle the insanity around me through this philosophy. The teachings of buddhism show me to differentiate the semblance of the show-biz from real life. I want to continue being a human being. I believe that you can only grow as a human through spirituality.”

He moved to Japan in his teenage years to study Aikido. It is said that there Seagal also studied Buddhism and acupuncture to help treat Tibetan freedom fighters. He has also been recognized as tulku, which is an honorary title given to a recognised reincarnate Lama either on the grounds of their resembling an enlightened being or through their connection to certain qualities of an enlightened being. 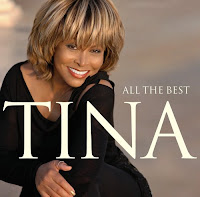 One of the more well known Buddhists Buddhist of Hollywood, accredited her biopic depicting the strength she gained from the practice to leave her infamous, abusive relationship. She has also been public about her belief and has performed chantingon air of Larry King, among other interviews.